We are a foundation partnering with Integrated Tribal Development Foundation (ITDF), a Thailand based non-profit working with hill tribe villages in Northern Thailand.

In July 1991, Michael Mann founded the Lahu Irrigation Project (LIP). With the help of four hill tribe staff, the goal was to improve and establish village drinking water supply systems, irrigation and agriculture for Lahu Villages in Thailand. LIP was able to operate under the Thailand Lahu Baptist Convention (TLBC) and funded by the Baptist Union of Sweden (BUS). Our partner on the ground in Thailand is Intergrated Tribal Development Foundation (ITDF), a non-profit organization headquartered in Chiang Mai, Thailand, working towards ending poverty in local hill tribe villages.

We focus on developing their community both sustainably and holistically, so that they may be better equipped once the poverty is surpassed.

ITDF believes that getting villagers out of poverty is important, but it shouldn’t stop there. They build relationships and provide them with a means to not only come out of poverty, but stay out of poverty. 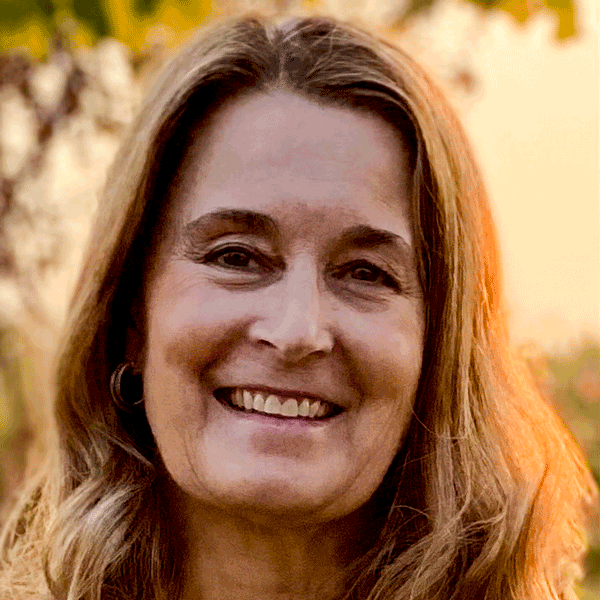 Board Secretary: Retired RNBSN who still keeps her license active to serve in a medical capacity in Thailand Director of Hands to Heart Women’s Co-Op; Board Member Why are you on the board? I am deeply committed to the vision and mission of Integrated Tribal Development Program. Lanna Foundation is a critical arm in raising awareness and support for the work of ITDP.

What do you hope to accomplish for the Lanna Foundation? My ultimate goal for Lanna Foundation is for it to have a broad self-sustaining base of support that lasts beyond me and the current board.

What is one thing you want people to know about you? I grew up in Thailand until the age of 13.

Board Secretary: Retired RNBSN who still keeps her license active to serve in a medical capacity in Thailand

Why are you on the board?: Being on the board is my response to one of the ways God has called me to serve his kingdom. Helping the Hill Tribe people is what I think about almost every day!

What do you want to accomplish for the Lanna Foundation?: A long and sustainable organization that has the funds to further the work in Thailand with ITDP

What is your favorite place you’ve traveled? Besides Thailand, Belize

Director of Hands to Heart Women’s Co-Op; Board Member

Why are you on the board?: It is my genuine passion to support ITDP and the hill tribes in whatever ways are needed, while bringing my God given gifts to complement the Lanna Foundation Board to reach our goals, financially, physically and spiritually. My four years of experience serving alongside ITDP and villagers bring knowledge of the culture and changing needs of ITDP and the Hill Tribe.

What do you want to accomplish for the Lanna Foundation?:  Currently, I am spearheading the Women’s Cooperative Project in an effort to come alongside them through micro-loans and branding/marketing of artisan craft. Helping to  inspire and create more sustainability within the Cooperative Project members.

What is your favorite place you’ve traveled?  The Hill Tribe area of Northern Thailand

What’s one thing you want people to know about you? My genuine and committed desire and passion is to come alongside ITDP, Mike and Becky Mann and the villagers of the Hill Tribe areas; to continue to listen to what the needs of ITDP and the villagers are at hand and to work as a team on the Lanna Foundation Board to aid in accomplishing these goals.

What do you want to accomplish for the foundation? I’m honored to work with such amazing people. My goal is to establish systems of operation that will better organize the Foundation and communicate the story of the hill tribes needs. I want to create ways for others to connect with us to make a difference.

What is one thing you want people to know about you? Puns and good food are my love language. I’m passionate about transformation and freedom.

Why are you on the board? To support the stateside effort to fund children in Thailand.

What is one thing you want people to know about you? Despite my outward appearance I am a very compassionate person

Why are you on the board? ITDP and the Northern Hill Tribes have been in my heart and prayers ever since my first missions trip to Thailand 5 years ago. Today, I am grateful to be a part of Lanna Foundation and support the amazing works of ITDP.

What do you want to accomplish for the foundation? My hope is to bring greater awareness to IDTP’s mission, the villages and the opportunities available to partner with the foundation in sponsoring the efforts of bring education, sustainable resources and medical supplies to the villages.

Favorite place you’ve traveled? I have been to the Northern Hill Tribes twice now and each time I fall more in love with the villagers, their culture and the breath taking views of the mountaintops.

What is one thing you want people to know about you? Growing up in a farming community, I have a deep passion for ag and animals. I find great joy with having a career within the agriculture industry here in the Central Valley.

Why are you on the board? I love the the work ITDP is doing! I have experienced first hand what Integrated Tribal Development Program is doing in Thailand and have seen how their efforts directly impact the villages of the Northern Hill Tribes. It is so humbling to see ITDP’s support of the villagers and their commitment to furthering their quality of life.

What do you want to accomplish for the foundation? It is such an honor to serve on this board. It is my hope that I can continue to serve the villagers state side by growing awareness and the financial means to further ITDP and their mission.

Favorite place you’ve traveled? I do not think any trip will ever top my first visit to Thailand back in 2014, but I am a bit of a beach goer and the island of Crete tops my travels thus far.

What is one thing you want people to know about you?I am a lover of animals and strong coffee.

Why are you on the board? The work that ITDP does in Thailand is a privilege to take part in. I enjoy serving alongside of those who also have a passion to see those who are under-resourced in Northern Thailand. To operate Lanna Coffee Co. and serve on the Board of this amazing organization allows our vision and impact to be aligned and one that can change the lives for those who farm our coffee and work hard for our delicious morning brew.

Favorite place you’ve traveled? Besides the glorious hills of Northern Thailand and the streets of Chiang Mai, it would probably be the luscious rolling hills of England.

What is one thing you want people to know about you? That I love seeing businesses operate in a way that create value for all involved. I love light roasted coffee.

Why are you on the board? I feel honored to be on this board and grateful my two trips to Thailand. I traveled to Thailand 8 years ago for my first missions trip with ITDP.  On that trip I fell in love with the people, culture, and their passion for life. The children in the village really captured my heart and I’m passionate about their education and well being.

What do you want to accomplish for the foundation? I want to bring awareness to this foundation, the villages and people it represents. So many amazing things are happening with ITDP in Thailand and I think people don’t understand how giving a little can really make such a huge difference in these villagers life.

Favorite place you’ve traveled? Traveling to Thailand for my first time  was by far the best trip of my life. We live in a country where everything is just a click away, but the villagers in Thailand have very little and yet are some of the happiest people I’ve ever met. They were so encouraging and uplifting!!

What is one thing you want people to know about you? One thing people might not know about me is that I met my husband on my first mission trip to Thailand, and on my second trip we announced we were pregnant with our first child. So Thailand holds a special place in my heart for many reasons! 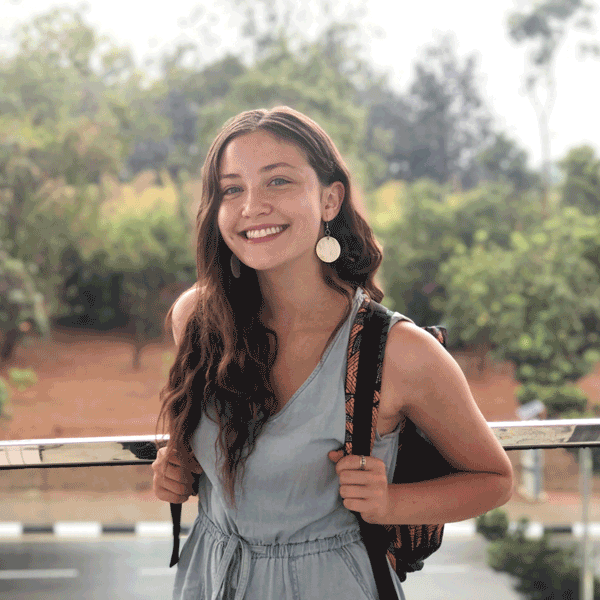 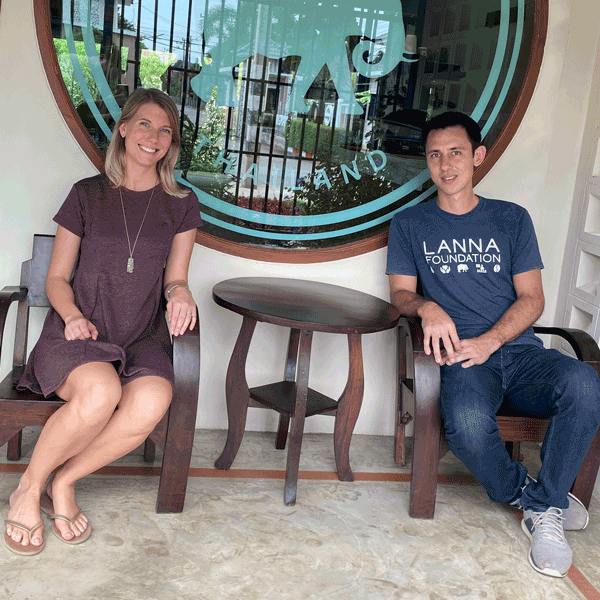 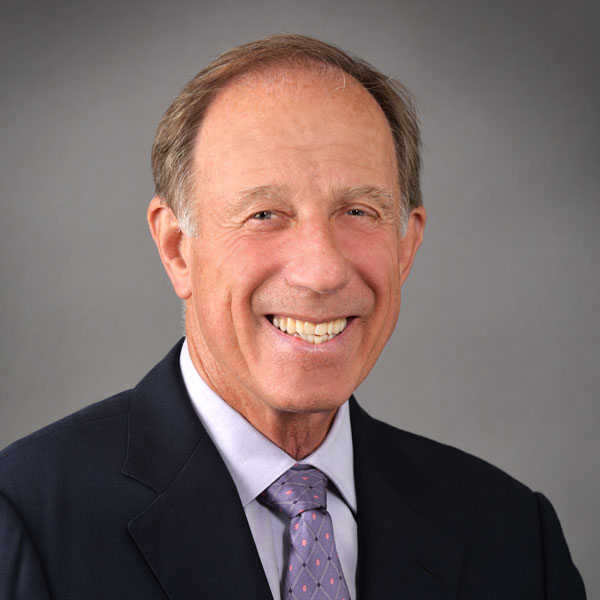 What do you want to accomplish for the foundation? Keep the books in good shape ?

What’s one thing you want people to know about you? I’m a very giving person and will do what it takes to make everyone happy.

Along with doing Marketing for Lanna Foundation, I am a Researcher & Talent Coordinator for Elemmay Productions, Inc., and the Brand Manager for Smart Havens Africa.

What do you want to accomplish for the foundation?
I hope to support Lanna Foundation’s mission by implementing personable and effective practices for engaging with our existing community of supporters, while also reaching new audiences through marketing and storytelling.

What’s one thing you want people to know about you? I think storytelling is one of the most powerful tools we have to create an impact, and I am thrilled to play a part in helping Lanna Foundation share its story.

What do you dream to accomplish for ITDP?  I would love to help ITDP make a name for itself in the coffee Industry. To continue developing Thai coffees and see it gain in popularity as a result would be awesome.

Why do you work at ITDP? How did you get started/connected with it? I work at ITDP because I love working with villagers and spending time in the hills. Growing up in Thailand, ITDP has been a part of my life since a was a kid. It’s an amazing opportunity to be able to come back as an adult, and help ITDP continue to grow.

Favorite place I’ve Traveled: Vietnam and  a village in the middle of nowhere that takes multiple days to get to.

What is one thing you want people to know about you: I judge travel destinations by food options

Why are you on the board? To support the work of Mike and Becky

What do you want to accomplish for the foundation? Continue to bring living water to the Hill Tribes

A resident of Laguna Beach, CA since 1949, Rick comes from a family with deep community roots.  His grandfather was one of the first chairpersons of the Laguna Beach Boys Club (now the Boys and Girls Club). His mother was active in the PTA, Ebell and the Laguna Playhouse.  She formed the First Nighter’s group at the Playhouse.  She also volunteered backstage at the Pageant of the Masters.  His step-father was the producer/director of the Playhouse and narrated the Pageant of the Masters.

Rick has served on the boards of the Boys and Girls Club, Laguna Beach Board of Realtors (three terms), Laguna Art Museum (two terms) and the Laguna Beach Community Foundation (former chair).

Rick is deeply involved with the wellbeing of his community and philanthropy.  His participation and support of nonprofits is an important part of his life.

He became intrigued by the life story of Suriporn Wachanasirikun and her early years in Thailand.  He has enjoyed partnering with her to develop educational and living support for Lahu children in Chiang Mai, Thailand.  Together, with support from many donors, they have provided assistance for twenty children through Suri’s Kids.

Of all Rick’s philanthropic endeavors, this is the one that gives him the most satisfaction.